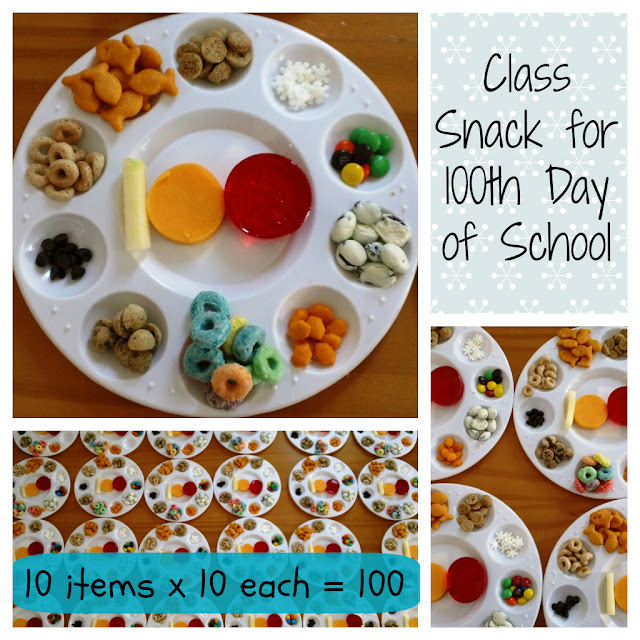 Last year, when I saw this post at BentOnBetterLunches, I knew that I wanted to do something special for the 100th day of school during my daughter’s kindergarten year. So, I was very excited when my daughter’s teacher asked me to make a snack for the class on the 100th day. They have been practicing counting by tens to one hundred, so I had the idea to give each student ten each of ten different items along with the number 100 made out of something edible. I wanted to package all of this in a way that the students would see the 100 items and in a manner that would be simple for my daughter’s teacher to distribute and clean up. I decided to use ten well plastic art palettes. I was working on a short timeline, so I was thrilled when I found a local art store that had enough of these in stock, and happy that they were willing to give me a discount. 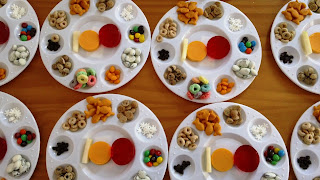 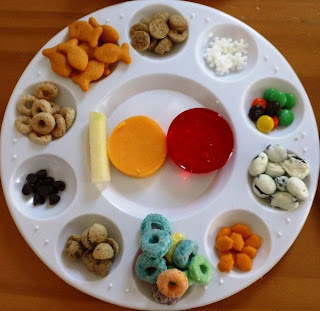 After obtaining the trays and deciding on food, I had to get to work counting out all of those items! I placed all the trays on a table and filled each well. I chose mostly dry foods because the weather forecasters kept mentioning the possibility of a wintry mix for the afternoon of the 100th day, which was a Friday. I would have incorporated fruits and veggies if I had not been worried about school closing on the 100th day and having to keep the food until Monday. Also, I used mostly “mini” items because I wanted to serve a reasonable amount of food to the kindergartners.

Beginning at the 12’o clock position:

As I neared the end of filling all of the wells, I became increasingly nervous that I would bump the table and spill everything in the floor. Luckily, that didn’t happen, but the UPS guy looked at me like I was crazy when he dropped off a package! Here is a picture of the finished trays. I made 24; there are 22 students in the class and I wanted one for the teacher and one extra in case of an accident. 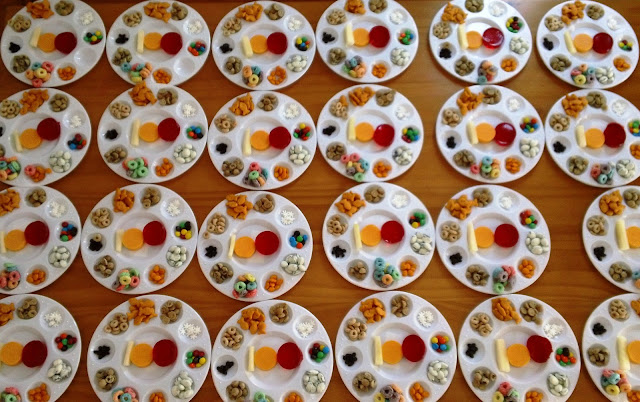 I covered these with Stor-It Cover Ups from the Dollar Tree. The trays fit perfectly in my square Lock&Lock bags. Twelve trays fit snugly in one bag so the food stayed in place.

For lunch on this day, I packed 100 bites of food each for my daughter and my husband, based on my inspiration from BentOnBetterLunches. My daughter’s lunch was packed in our pink Lego box. She had ten bites of peanut butter sandwich created with our Funbites Cube-It, ten little crackers, ten cubes of cheese, ten yogurt-covered pretzel rings, ten peanuts, ten candy stars, ten slices of cucumber, ten sweet pepper rings, ten carrot slices, and ten blueberries. 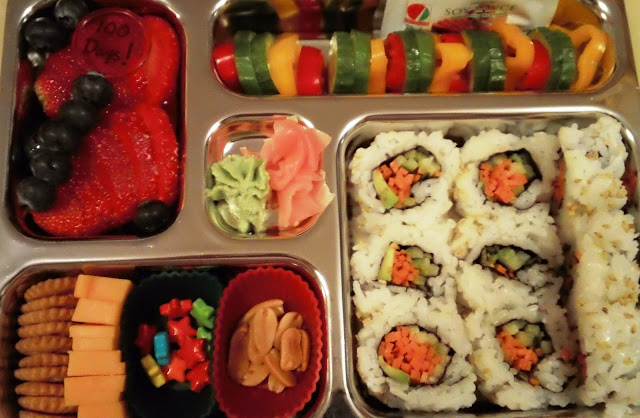 A Bento of Thankfulness